Anime Shiki Literary analysis in my blog? Hey, it could happen. Massive spoilers

Shiki is probably my favorite among anime that I'm currently watching. It's probably best described a horror show, a genre I don't normally get much involved in. I don't mind being scared once in a while, though. I'm not sure if I'm jaded, or if it's just the media I tend to involve myself in (horror being especially rare in anime, somewhat outside my normal range of games, and not really common in the novels I read, either) but it feels like it's very hard to genuinely scare me with a work of fiction. I've been following Shiki since episode 1, and I'm utterly impressed, in part because it managed that feat, but also for other reasons I'll elaborate below.

While selling a friend on it early on, I described it as a Japanese twist on Salem's Lot. At this point, the show has grown beyond that. The mystery unravels such that the cat's well out of the bag and by the halfway point, after which it transitions from being scary into being chilling and thought-provoking. A certain 21st Century Digital Boy apparently found enough impact in the show to prompt not one, but two posts more or less spurred by the series. His reaction was distinctly different from mine, so I started to type a reply on his blog, but pretty soon the comment had grown out of proportion and I decided to spin it up into a full blog post of my own instead. As such, the rest of this post contains massive unmarked spoilers through episode 20 of Shiki.

Now that I've finished watching Asobi ni Iku yo!, I figured I may as well continue in a previous vein and summarize what made the show amazing for those who've got too-good taste to actually slog through the whole thing. Overall, Asobi ni Iku yo! was a pretty fun watch: it never made me mad, nor bored, nor upset, and it did make me laugh. The second half wasn't quite as hilarious as the first, but the show found its rhythm and balance between action and fanservice, and managed some trite but successful character development on a few characters, while further fleshing out its improbably-convenient setting. The only real disappointment about the second half was the general lack of Uncle Yuuichi. Warning: the rest of this article contains major spoilers for episodes 6-12 of the show! 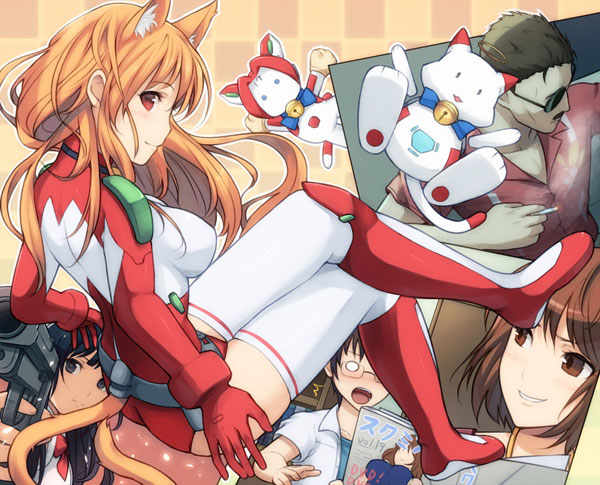 I've been watching a show lately called Asobi ni Iku yo! ("We're going to play!") which is an unbelievable show, in the sense that I'm both always and never surprised by what happens next. In any case, the show makes no apologies for its low-brow-ness, which will turn many people off, so I am compelled to share some of the sheer amazement that it entails in a brief text format. Warning: the rest of this article contains major spoilers for episodes 1-5 of the show!